It all started with one five-and-dime store

Sam Walton was born to be an entrepreneur, plain and simple. He learned the ins-and-outs of running a small business when, in 1945 after his WWII military service, he opened a five-and-dime store in Newport, Arkansas. It was a franchise of the Ben Franklin chain. By 1962, he and his brother, Bud, had owned 16 stores in Arkansas, Missouri, and Kansas. It was in that year that the first Walmart store opened. But, the story doesn’t end there. In 1983, first Sam’s Club opened in Midwest City, Oklahoma. Today, there are 589 Sam’s Clubs across the United States and Peurto Rico. Committed to becoming the membership you love most

Sam Walton’s mission was to be the absolute best membership warehouse store, ever. Offering a targeted selection of items, Sam’s Club offers its members quality products and value at lower prices that traditional retail stores.

The stores present a no-frills shopping environment, warehouse style. Products are displayed on shipping pallets and in wire bins. This makes it quick and easy to move products in and out. 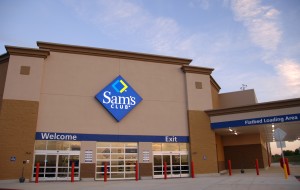 Sam Walton was a humble man. His favourite vehicle was a red 1985 Ford pickup truck. He and his wife Helen, whom he married in 1943, lived in the same house in Bentonville, Arkansas, since 1959. The couple had four children.